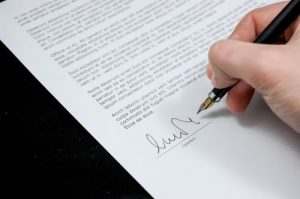 You may see advertisements for websites that sell do-it-yourself legal documents. They contend that you simply fill in the blanks and you can plan your estate for yourself without any legal assistance.

There is a difference between the words “can” and “should.” Yes, you can use a boilerplate template to create a legal document, but should you? The Goosley case that was resolved in Pennsylvania earlier this year sheds light on the subject.

Mercedes Goosley was in her 80s in 2013 when she used a power of attorney document that she obtained online to make her son, Joseph, her agent. She wanted to empower him to make legally binding decisions on her behalf immediately after the document was signed and notarized.

He did in fact handle her affairs, and from court documents, it would appear as though no objections were lodged by other family members. In 2015, Mercedes moved in with Joseph, and she lived in his home for the next two years, though she still owned her own home.

She became ill in 2017, and she moved into a nursing facility after spending some time in the hospital. At that point, it was clear that she would not be returning to her home, so Joseph put the property on the market.

This seems like a logical turn of events, but there was a complication. His brother, William, was living in their mother’s house, and he did not want to vacate the property. He initiated a legal action claiming that Joseph did not actually have the power to sell the home.

From a legal perspective, he had a point because Mercedes inadvertently executed a spring durable power of attorney. This is a power of attorney that will only go into effect after a declaration of incompetency has been obtained, and this was never done.

This case is interesting because it corroborates the findings of three legal professors that were engaged by Consumer Reports a number of years ago. The publication wanted to determine whether or not they could recommend DIY estate planning to their readers.

They had staff members use products that are sold by three of the leading legal document purveyors to create simple wills using hypothetical circumstances. A trio of prominent legal scholars were engaged to examine the documents.

The educators stated that unintended negative consequences can come about when an inexperienced person uses a boilerplate template. Ultimately, the publication advised against do-it-yourself estate planning unless the situation is very simple and straightforward.

In addition to this factor, there is another reason to work with an attorney to plan your estate. As a layperson, you are not going to be aware of all the different asset transfer methods that are available. Plus, a person that is not in the field would have no understanding of the estate administration process.

Most people think that a will is the best asset transfer vehicle to use, but this is a shortsighted notion. A will would be admitted to probate, which is a time-consuming legal process. Inheritors receive nothing while the estate is being probated, and the costs reduce the value of the estate.

There are also limitations when a will is used. You would be providing lump sum distributions all at once. This may be disconcerting if you are leaving an inheritance to someone that is not ready to handle a windfall.

If you use a revocable living trust as the centerpiece of your estate plan, you would be the trustee while you are living. The successor that you name would distribute assets to the beneficiaries after your death in a manner of your choosing.

You can provide limited distributions over time, and the assets can be managed by a professional fiduciary. The principal would be protected from the beneficiary’s creditors, and the administration of the estate would not be subject to the probate process.

This is one possible alternative to a simple will, but there are others, so you should explore your options before you make any decisions.

We Are Here to Help!

Our doors are open if you are ready to work with a Hilton Head, SC estate planning lawyer to put a plan in place. You can send us a message to set up a consultation appointment, and we can be reached by phone at 843-815-8580. 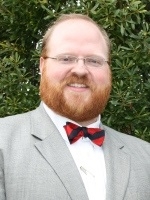 Hunter Montgomery
Hunter Montgomery is the owner/managing attorney of the Montgomery Law Firm, LLC.He has been practicing estate planning law fsince 2002. Hunter is a member of the American Academy of Estate Planning Attorneys.

Hunter has called Beaufort County home for since 1984, where he lives with his wife and two children.In his spare time he dabbles in automobiles, reading history, hunting and fishing.

Hunter Montgomery is the owner/managing attorney of the Montgomery Law Firm, LLC. He has been practicing estate planning law fsince 2002. Hunter is a member of the American Academy of Estate Planning Attorneys.

Hunter has called Beaufort County home for since 1984, where he lives with his wife and two children. In his spare time he dabbles in automobiles, reading history, hunting and fishing.

Sign up for our blog to receive the latest estate planning news and updates. 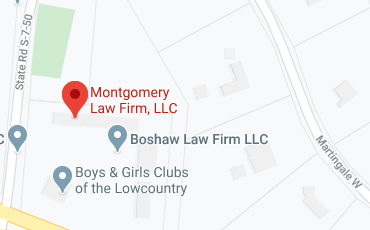